Over the weekend, there was no serious news that could significantly affect the market of crypto-currencies and motivate investors to make deals. Therefore, it is worth looking at the situation with the Binance exchange more. Last week, the exchange received a warning from the Japanese Financial Services Agency, that it operates without a proper authorization, as a currency trading platform, and sells security tokens, that is, shares. Then it became known that the Binance exchange will transfer its business to Malta. This news affected, as usual, only the mood of speculators and led to a decrease in bitcoin -0.55% by 7.5%. At the moment, bitcoin -0.55% is traded on a narrow range of 8300 - 8600 and in which the accumulation of volumes is likely. On the hourly chart of the price, one can see the formation of the medium-term “Head and Shoulders” model, which indicates the probability of growth of bitcoin -0.55% . The probability of price growth will increase significantly only if the price can pass strong resistance in the range of 8900 - 9100, which will complete the formation of the “Head and Shoulders” model and give a signal to view the target on the price movement to levels 11200 - 11600. But there is also a high risk that the market Cryptocurrency will be under the pressure of sellers, which will lead to a decrease, so if the price can go below the range of 8000 - 8300, it is worth considering canceling the scenario for the formation of “Head and shoulders.”

The last weekend for the coins of the project CREDITS (“CS”) was much better than for the market of crypto-currencies. The coin showed a relative strength in comparison with bitcoin. Over the past two days, the price of the CS coin found support from buyers in the range of 0.00111 - 0.001175 CS / ETH, and after that, it grew by 15%, to the level of 0.001279, where it is currently trading. According to the schedule, the price of coins is now in an upward trend, the lower limit of which passes through a strong support level, where a large number of buy orders are placed on the KuCoin exchange. Link

The move of Binance from Hong Kong to Malta indicates that local governments where Binance operates (Japan and China) do not trust Binance. Instead, warning the public the potential risk:

Investors who store their fiat currencies and cryptocurrencies with unregulated cryptocurrency exchanges should be aware of the risks of hacking and misappropriation of assets.”

Investors should always trade with caution. 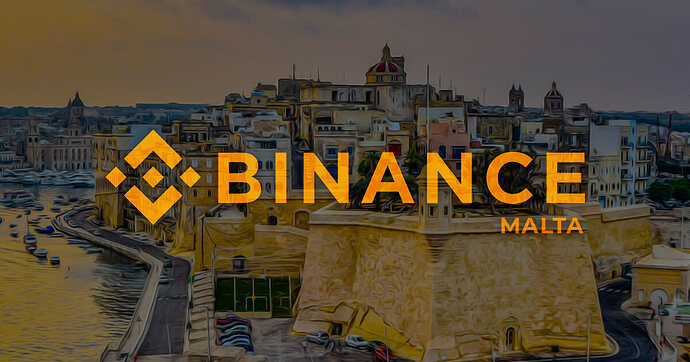 One of the fastest growing crypto exchanges over the past year, Binance, announced on its official blog its intention to move operations to the European island of Malta.

Crypto exchange Binance will open a Malta office after receiving a warning from Japan’s regulators for operating without a license.